Euthanizing a dog is a painful task as pets are a part of the family. Therefore, it is essential to offer an everyday life to your dog to perform all his activities without any medical help. The standard life is based upon his daily routine, exercises, food habit, regular checkups, et cetera. 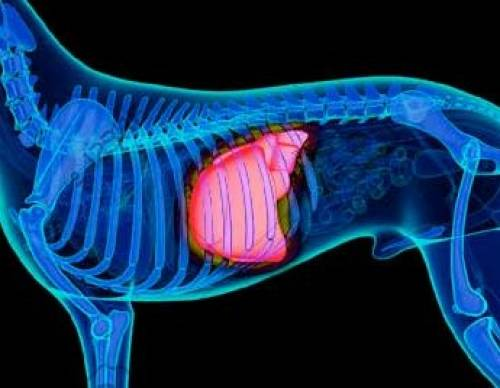 The time when your dog is unable to talk, eat, run, and bark due to enormous pain in his body, consider euthanizing your dog.

Why Is Liver Important?

What Is Canine Liver Failure?

We are aware of the liver functions in the dog’s body and how it is essential. Canine liver failure is considered the condition when the liver stops functioning. The detoxifying function of the liver makes it prone to damage and injuries. In addition, continuous exposure to toxins damages the liver. With this, the liver stops producing albumin, the protein required to maintain the fluidity in your dog’s organs and blood vessels. Without the albumin, the fluid leaks into the spaces surrounding the abdomen and organs. This fluid accumulation in the abdomen is a definite sign of liver failure in your pet.

What Are the Reasons for Liver Failure?

An unhealthy life can lead to many diseases in dogs, which may also result in death; hence the veterinarians advise you to take good care of your dog’s lifestyle, daily routine, and food habits.

Diagnosing liver failure at an early stage is challenging, as with any of the conditions, genetics and age are considered the primary cause. Even though it is difficult, there are a few common health conditions that can be the reason for liver failure in dogs. They are:

What Are the Causes of Liver Failure in Dogs?

Too many studies have shown that canine liver failure is caused due to cancer (27%), leptospirosis (8%), disruption of blood supply/ischemia (2%), drugs, toxins, and herbs.

Drugs: Drugs may directly affect the liver or may indirectly affect the liver. The unexpected or idiosyncratic reaction causes as the liver processes the drugs into toxic substances. Few medicines which cause idiosyncratic reactions are non-steroidal, anti-inflammatory drugs, lysodren, ketoconazole, trimethoprim-sulfa, and azathioprine. Few dogs might not suffer at all, while the rest may suffer. Hence, it is difficult to say which dog will be affected.

A few of the supplements which cause liver issues in dogs are:

Toxins: Dogs swallow a lot of things they must not. Hence, they also tend to consume the toxins present. Below are the few toxins that cause liver failure in dogs:

Pancreatitis: Any leakage of enzymes formed in the pancreas into the tissues of the abdomen can cause liver failure.

Cancer: Dogs with liver cancer most likely face liver failure or acute bleeding without any sign of liver failure.

What Are the Symptoms of Liver Failure?

Your dog will show prevalent symptoms until when the situation worsens. If your dog indicates any of the symptoms listed below, consult a doctor immediately:

What Happens When a Dog’s Liver Fails?

When a dog’s liver stops functioning, it can be considered a liver failure. We can find two kinds of liver failure, they are:

Along with these, there is another common type of liver failure:

Failure of one organ affects the rest of the bodily functions. Similarly, liver failure affects the body system. For example, due to liver failure, protein production reduces, and there is a fluid buildup in the abdomen. During this time, the protein metabolism decreases, leading to high ammonia buildup. This, in turn, affects the brain, leading to the condition of Hepatic Encephalopathy.

What Are the Stages of Liver Failure?

Liver failure is a health condition that progresses with time. It starts from the initial stage to the final stage. The final stage can be considered fatal.

Not every dog has a similar way of progressing to the consecutive stage of liver failure. For some dogs, the progression is slower, and for the rest, it is faster. The primary factor that can be taken into account is the signs and symptoms, according to which the progression pace depends.

Here we have the elucidated discussion on the stages of liver failure:

Visit the vet as soon as your dog displays these symptoms. The progression to the next stage might slow down if your dog is given proper and adequate supplements.

When To Euthanize a Dog with Liver Failure?

Wandering back to the same question, euthanizing a dog may depend on various things, such as:

Which Dog Breeds Are Prone to Liver Failure?

Dog breeds that are prone to liver failure are:

How Long a Dog Survives with Liver Failure?

How to Treat Liver Failure in Dogs?

SAM-e and Silybin will be given to your dog for treating liver disease. Both the drugs help in reducing inflammation in the liver tissue. When your dog has been diagnosed with final-stage liver failure, he will be given medications for nausea, diarrhea, vomiting, and other issues.

However, it is best to consult your veterinarian before offering your dog these drugs.

What is the Best Diet for a Dog with Liver Failure?

It is best to offer your dog a low protein, and low carbohydrate diet as his liver will be unable to metabolize protein and carbohydrates.

Deciding whether to euthanize your dog is not easy. However, your dog does not deserve to live in pain. If your dog is suffering from any health issues, you must always check for the symptoms, as most of the symptoms are very common to liver failure. Hence, a regular checkup is essential to keep your dog healthy. Your dog deserves a standard of living, a healthy lifestyle with proper diet, exercises, grooming, routine checkups, and love. If your dog is diagnosed with liver failure, keep contact with the vet regularly to track the progression of the disease and the treatment. There is no coming back from liver failure, but the process can be slowed down if your dog gets proper treatment in the early stage.