Shiba Inu Pitbulls are one of the rarest mixes found. This hybrid is thought to be the product of unintended mating. Furthermore, they are newer and less well-known than other mixes.

Unlike Shiba Inu and American Pitbull Terriers, the Shiba Inu Pitbull mix does not have a distinct set of morphological characteristics. Instead, they rather come in various appearances. The sole reason behind this is, they are a first-generation mix. This indicates that instead of Shiba Inu Pitbull mix parents, most of these mixes are born from purebred Shiba Inu and Pitbull dog breeds. As a result, the appearance of these hybrids is mainly determined by their purebred parents.

As Shiba Inu Pitbull is a first-generation hybrid, their temperament varies largely. Generally, Shiba Inus are more independent and aloof, while Pitbulls are funny and goofy. Few Shiba Inu Pitbull Mixes may be like American Pitbull Terriers, and a few like Shiba. However, the common traits which have been traced so far are that the mix is friendly with kids if raised alongside and socialized adequately. Shiba Inu Pitbull Mix does very well with family and is playful.

Training Shiba Inu Pitbull Mix can be fascinating as they are active, energetic, and playful. This mix can be obedient at this minute and be stubborn in the next. Hence, training with patience and being consistent is the key to mastering your Shiba Inu Pitbull. They are fast learners, and positive reinforcement works best for them.

Shiba Inu Pitbull Mix needs exercise regularly as they are highly energetic, and intelligent. In addition, they want mental and physical activity to prevent obesity, depression, and heart issues. So, it is good to have a backyard to run around and play for a couple of hours.

Brushing your Shiba Inu Pitbull mix’s coat once a week is necessary.  This will prevent tangling and matting in his hair and make shedding more controllable. You can bathe your Shiba Inu Pitbull when necessary. However, frequent bathing can reduce natural oils from his body.  Other grooming requirements include regular trimming of nails, brushing teeth to avoid periodontal diseases, and cleaning of eyes and ears to avoid infections.

Hybrids are generally healthier than their purebred parents. However, there are common health issues that a Shiba Inu Pitbull may face.

Skin Allergies: Pitbulls and Shiba Inus have a lot of skin allergies. Unfortunately, some of these sensitivities are often passed down to Shiba Inu Pitbull cross breeds. While canine skin allergies are usually easy to control, it is a significant health concern to be considered.

Hip Dysplasia: Hip dysplasia is a condition in which a dog’s ball-and-socket joint is misplaced. This results in agonizing discomfort and a decline in posture. Both Shiba Inus and Pitbulls are prone to hip dysplasia.

Hypothyroidism: Hypothyroidism is a condition in which the thyroid gland does not function normally. Weight loss, dry hair, a slow heart rate, and elevated blood cholesterol are all common symptoms of this illness.

Bloat: Bloat, also known as gastric dilation-volvulus, is a life-threatening illness in dogs. Stomach pressure is a side effect of this health problem. Bloat in a dog necessitates prompt medical intervention.

Shiba Inu PItbulls usually come in various sizes and degrees of energy as hybrids. As a result, these dogs’ food requirements are highly varied. You should feed Shiba Inu Pitbull puppies three times a day. It will help if you provide adults with two equal meals each day.

Shiba Inu Pitbull is very affectionate to their family. Also, they are energetic and playful. Hence, they should have a loving and compassionate environment. They will need a backyard if their characteristics are similar to Pitbull. On the other hand, they will do good with apartment living if their factors are identical to Shiba Inu.

Adding a Shiba Inu Pitbull Mix to Your Family

Buying from a reputable local breeder who assures the happiness and health of both the purebred parents and the puppy is the best option. Inquire for health clearance certificates and gene testing reports from the breeder. Check to see if the dog has been vaccinated. If you could visit the puppy’s parents, that would be excellent. You’ll get a healthy puppy and learn about the parents’ characteristics.

The Shiba Inu Pitbull cost is higher than the purebred Shiba Inu and American Pitbull Terrier. They cost around $800 to $2500. Adopting the puppy costs you around $200 to $600. Remember to buy or adopt a Shiba Inu Pitbull from a reputable breeder. 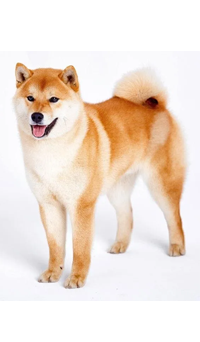