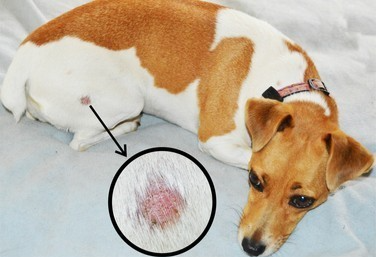 Ringworms are fungal infections that infect humans and every animal species including dogs. Ringworms in dogs are contagious and affect the outer layer of the skin, claws, hair, and nails. The scientific term for Ringworm is “dermatophyte”; they are a group of pathogenic fungi that cause superficial infections in certain areas of the dog’s body by feeding on keratin. For dogs, the most common fungus causing Ringworm is Microsporum Canis; and the least common fungi are  Microsporum gypseum, and Trichophyton mentagrophytes.

Is Ringworm Common in Dogs?

Yes, ringworms are common in dogs through direct contact or transmission. Ringworm is common in other animals such as cats and humans too. The chances of cats contracting ringworm from an infected dog is relatively high.

Causes of Ringworm in Dogs

The fungi that cause ringworm are most commonly found in soil. Dogs coming in contact with the fungi in the soil while playing and digging will contract ringworm. The incubation period for ringworms is 21 days and it can remain active for up to 18 months when contracted by humans and other animals such as dogs and cats. The fungi are contagious and spread from direct contact with the infected area or contaminated objects like comb, carpets, and through the breakage or shedding of the infected hair.

Is Ringworm in Dogs a Complicated Issue?

Yes, ringworms can transmit to humans from dogs and vice versa. In humans the ringworm is often called athlete’s foot. Although ringworm is highly contagious, it is not life threatening and can be cured with proper medication.

Symptoms of Ringworm in Dogs

Ringworms are red colored, round patches infecting certain areas of a dog’s body. Ringworms do not cause itching in dogs. The following are some of the symptoms of Ringworms in dogs,

These symptoms might also indicate other health conditions on dogs such as allergies, parasite infections, hypothyroidism, nutrient deficiency, and Cushing’s disease. Therefore, it is recommended to consult a veterinarian immediately if your dog shows these symptoms.

The symptoms of Ringworm are similar to that of other skin conditions. When ignored, Ringworm can cause adverse effects. Testing is essential for proper diagnosis and medication to treat ringworm. Ringworm in dogs can be tested through a diagnostic test and physical exams.

An alternative option is to test ringworm using fungus culture where the hair or skin sample will be projected to fungus culture. These test results are accurate and reliable. If the dog is infected, the fungus culture will be positive but the fungus incubation can take anytime between two days to four weeks. For this reason, the sample cannot be certified negative for nearly 30 days (indeed a long process to test for Ringworms).

Ringworms can be managed by using home remedies (to a certain extent). These home remedies also don’t have any side effects. The products are easily available in the market but it will take a long time to heal the dog.  It is always recommended to get treatment from a veterinarian for safe and effective treatment. 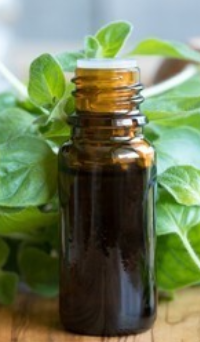 Oregano Oil
The antifungal and antibacterial properties of Oregano helps cure ringworm. Dilute 3 drops of Oregano oil in 1 teaspoon of Olive oil and apply it directly on the infected skin. 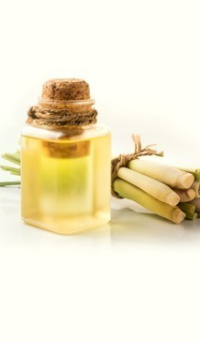 Lemongrass Essential Oil
Lemongrass is enriched with antifungal properties which cure and prevent ringworm from further spreading. Start with treatment by diluting 3 to 4 drops of lemongrass essential oil with one teaspoon of almond oil. The diluted oil can be applied to the affected areas directly. 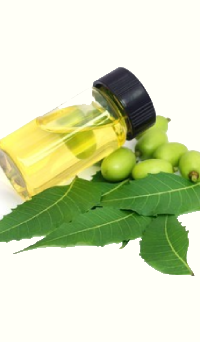 Neem Oil
Neem oil is known for its many medicinal qualities and widely used all around the world. Neem oil contains antiseptic properties that are effective in curing ringworm. Mix 5 drops of neem oil to Jojoba oil and apply this over the areas affected by ringworm. These mixed oils can also be stored for further use.

Garlic is beneficial to dogs for consumption and external use. Allicin in garlic aids in reducing skin irritation and skin infections. The treatment is very simple by cutting a garlic in half and keeping it on the affected area. As garlic can be caused, do not repeat more than once in a week. 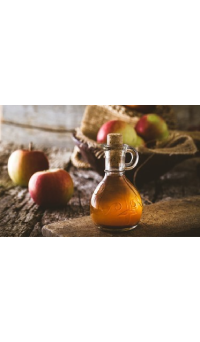 Apple Cider Vinegar
Apple Cider Vinegar is a safe natural remedy for treating skin diseases in dogs. It has antifungal and antiseptic properties and helps in controlling ringworm. The treatment is as simple as dipping a cotton ball in apple cider vinegar and applying generously all over the infected areas.

Treatments and Side effects for Ringworm in Dogs

Even if the severity of the infection is low, treatment for ringworm is important to prevent it from spreading to other body parts, other animals, and humans.

Treating ringworm comes in three stages. For less severe cases, topical therapy will be sufficient. For more severe cases of ringworm, systemic treatment should be administered along with topical therapy. The third stage is maintaining a clean environment for faster remedy and to prevent further spreading of the infection.

Topical therapy involves the application of ointments, creams,medicated oils on the infected areas and the usage of antifungal soaps and shampoos. Topical therapy works slowly and might take many months to completely cure the dog. It is advisable to trim or shave the hair in affected areas to speed up the recovery.

Systemic therapy involves intaking prescribed medications for a minimum of six weeks. The duration of the therapy might vary depending on the severity. Once the dog is healed, the dog must be tested again for ringworm to avoid any relapse or spreading of the infection.

The most commonly used drugs to treat ringworm are griseofulvin, itraconazole, and terbinafine. However they might cause side effects like vomiting, nausea, diarrhea, loss of appetite. Systemic therapy should not be used without consulting a vet.

Ringworm sores can be viable for months and transmitted through household objects such as carpets, beds, clothes, broken hair, and furniture. The infected dogs can be contagious for more than 3 weeks so quarantining them until they are cured will also make it easy to sanitize the environment and remove any contagious hair.

How to Prevent Ringworm in Dogs?

Maintaining a clean environment will prevent many skin infections. If your dog has recovered from ringworm, extra care should be taken to keep the environment clean to avoid reinfection. If your recently recovered dog has come in contact with an infected surface, immediately consult a veterinarian.

Are Some Breeds of Dogs More Prone to Ringworm?

Ringworms can easily infect old dogs, puppies. and dogs with weak immune systems. Dog breeds that tend to dig a lot such as Terriers, Hounds, Dachshunds, Beagles are prone to ringworms. Dogs under immunosuppressive medications are also more susceptible to ringworm.