Husky vs. Bulldog: A Comparison

The American Bulldog Husky Mix is a moderate to large-sized dog with a varied appearance. All the puppies from a single litter look different and have different appearances, making the breed unique. In addition, the coat type shows a significant variation between the parents. Huskies have a coat suitable for cold climes, while Bulldogs have a coat ideal for hotter areas. A combination may have a dense double coat or a thinner single coat because the coat type has no middle ground.

There is a rainbow of hues to select from when it comes to coat color: Black and white, brindle, fawn, gray and white, and red.

The English Bulldog Husky Mix looks half like the English Bulldog parent and half like the Husky parent. The English Bulldog is a moderate dog with a large head, wrinkled and drooping face, big wide eyes, jowls, stubby ears, curled little tail, squat legs, and broad stance. They have a short skull and a short, smooth coat in various colors such as black, white, brown, red, fawn, piebald, tan, and brindle. Huskies are distinguished by their wolf-like features, heavily furred dual coats, high pyramidal ears, and distinguishing markings.

A French Bulldog Husky Mix will have a compact and powerful physique with strong but somewhat shorter legs. His nose will be medium-short and wide, and his skull will be giant and square. He will also have a large, but not very deep, chest. The ears of the French Bulldog Husky cross are erect and quite large, lacking the French Bulldog’s bat form and the Husky’s accurate triangle ears. The tail is of moderate length, curved backward.

The American Bulldog Husky Mix will take the characteristic traits of either the Husky parent or the American Bulldog parent. They accept or restrict a stranger. Both parent breeds are courageous, making the mix intelligent, active, and brave. They share a good bond with the children in the family. They are loyal, alert, agile, and protective of their master and family.

The English Bulldog Husky Mix will be a fantastic family dog, friendly and loving. Because of the Bulldog bloodlines, they will be outstanding watchdogs and will growl if someone approaches. With their family, they will be patient and calm. If you’re thinking about getting one, keep in mind that both breeds may be obstinate.

The French Bulldog Husky Mix is a brave, tolerant, daring and patient breed. The friendliness of your dog with kids will be excellent. He may, however, be obstinate at times. They can be aggressive because they are protective. Don’t leave him alone for an extended period. They may not be suitable for you if you travel frequently or spend a lot of time away from home. Their prey drive can lead to unwanted behaviors like chasing and digging, but these can be controlled with careful training.

The American Bulldog Husky Mix is indeed easy and challenging to train. However, since the mix is intelligent, training them becomes easy. It will easily understand training and comprehend commands without the need for you to reiterate them repeatedly. As a result, they are trainable. Mastering the breed’s stubbornness is the most challenging element. It may be inclined to do things its way and not listen to you because it has independent parents.The excellent method to combat this complex personality is to begin training as soon as possible.

You may find it challenging to train your English Bulldog Husky Mix since he is a hybrid of intelligent dogs. If he appears more like his Husky ancestors, he may be prone to wandering, so you’ll need to use a leash and collar to keep him under check, especially while going out with him. However, early socialization, obedience training, enough chew toys, exercise, and mental stimulation will all aid in the reduction of his negative habits. 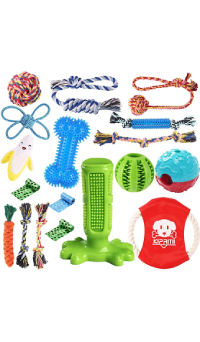 Due to their tenacity, training a French Bulldog Husky Mix might be challenging. You must establish your authority and be forceful in your orders to simplify training sessions. They can be noisy due to the Husky parental gene. However, you can teach him to remain peaceful when left alone for an extended period. They have a penchant for digging, so you will have to teach them not to do it indoors. To avoid any undesired habits, early socializing is encouraged. Positive reinforcement works nicely with them. You may also enlist the services of expert dog trainers or enroll him in puppy training programs.

A few introductory training sessions that we recommend for your Husky Bulldogs are:

The American Bulldog Husky Mix, though not a hyperactive dog, is a working dog who would need enough physical activities to let the energy burn. Therefore, 40 minutes of exercise is a must for them. 10 minutes for a puppy will be enough in the initial stages.

To keep your English Bulldog Husky Mix‘s activity level down, plan on taking them on long walks and hikes. This activity will protect them from being rambunctious. A happy dog is a weary dog. If it has a short snout, such as the Bulldog, you must be mindful not to overheat it. It’s not a good idea to push this mixed breed too hard!

The amount of activity required by a French Bulldog Husky Mix depends on their parent DNA. If the Husky gene is dominant, your dog’s energy level will be high. He requires frequent exercise. If the Bulldog gene is dominant, they just need to walk once daily to maintain their moderate energy level. You may walk your mixed puppy once or twice a day, along with some fun, regardless of the dominant gene.

Grooming is greatly determined by the coat type of your custom breed. For example, grooming may be significantly more difficult if your American Bulldog Husky obtains the Siberian Husky’s double coat than the American Bulldog’s short coat. Comb your pet regularly in any case. Once a week is sufficient, but it should be doubled to eliminate dead hair. Bath him as well, provided he is dirty. Use a shampoo that is appropriate for his skin type. Dental care is also a crucial addition to this. Brush your pet’s teeth at least once a day to prevent periodontal diseases and tartar buildup. 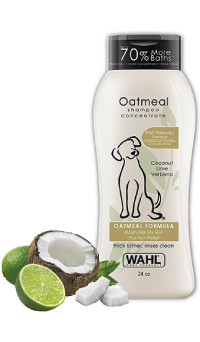 Prepare to brush a lot if you own an English Bulldog Husky mix. They will need combing often to keep the unattached furs away. This will also help to keep away matting. Bathe them as needed, but do not overdo them to dryness.

The grooming requirements of a French Bulldog Husky Mix are determined by the coat type they inherit. If they have Husky parents’ long, thick coats, they will shed a lot and require regular brushing. They may shed more than usual during their shedding season and require additional grooming attention. Dogs with Bulldog coats require less maintenance than dogs with other coat types. They shed relatively little and just need to be brushed once a day. Grooming needs like nail trimming, dental treatment, wiping eyes and cleaning his ears should be done every three weeks. 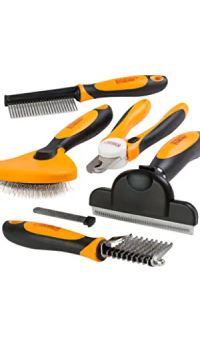 Mixed breeds are generally healthier than their purebred parents. However, the Husky Bulldog Mixes are prone to a few health issues that should not be taken for granted.

Hip Dysplasia: Hip dysplasia, one of the painful conditions, is caused when the rear leg bones do not adequately fit the joints. This condition is primarily hereditary, but injuries, obesity, and wrong exercises can cause hip dysplasia in dogs. Even though it is life-threatening,  you can cure hip dysplasia through medications or hip replacement surgeries.

Cataracts: Cataract is a white film-like layer grown on the eyes covering the eye lens. The eye will look opaque. It is genetically transmitted, which, if ignored, can lead to blindness. You can treat it through surgery.

Von Willebrand’s Disease: This hereditary condition affects the blood’s capacity to clot. The primary symptom is excessive bleeding after surgery. Von Willebrand’s Disease can be identified through sure signs like nosebleed, bleeding gums, and intestinal or bowel bleeding. As there is no other solution, blood transfusion from normal dogs is the only remedy available now. Research is underway to find new therapies and medications.

Hypothyroidism: A disruption in the thyroid gland that is believed to cause epilepsy, obesity, hair loss, dark skin patches, lethargy, and other skin conditions. Treatment is medication and a proper diet.

Progressive Retinal Atrophy: PRA is a group of degenerative diseases affecting the eye’s retina. The affected dog will eventually be blind owing to the deterioration of the photoreceptor cells in the retina.

Allergies: Husky Bulldog mixes can be allergic to various substances, ranging from food to pollen. If your dog licks his paws or rubs his face a great deal, get him checked by your veterinarian.

Patellar Luxation: When the dog patella (kneecap), which typically lies in the cleft of the femur (thighbone), slips out of position, it is known as luxating patella. Your dog may feel periodic hind limb “skipping,” lameness, or locking up the leg at an abnormal angle if the patella luxates.

Intervertebral Disc Disease (IVDD): Spinal degeneration impacts all Husky Bulldogs. If he acquires their Bulldog parent’s short legs and elongated body, they possibly undergo a disc eruption at some point. IVDD is caused by the lengthy body not supplying sufficient support to the spine. If the condition worsens, it might result in pain and paralysis.

Deafness: Dogs, like people, can develop hearing loss as they age. Because this is usually a slow process, it might be challenging to observe. The eardrums become less flexible, and sounds are less efficiently transferred. Chronic ear infections cause some dogs to lose their hearing.

Cherry Eye: When the glands under your canine’s eyelid protrude, it appears like cherry and has to be removed surgically.

Dry Eye: This painful condition dries the affected eye or creates a blue haze due to the insufficient production of tears. It can be treated with proper medication or teardrops.

Husky Bulldog Mixes require high-quality dog food for their nutrition and wellbeing. The vet must design the diet plan depending on the size, sex, and weight. Provide your pet with clean and fresh drinking water regularly to keep him hydrated.

Husky Bulldog Mixes need a backyard with proper fencing for themselves. Due to their gene pools, they won’t do too well in an apartment. They are required to burn their energy and will need plenty of activities and exercises. They also necessitate a loving family who will be generous and affectionate to them.

Adding a Husky Bulldog Mix Puppy to Your Family

Search for a reputable breeder before adding Husky Bulldog Mix Puppies to your family. A reputable breeder can only provide you with the authentic breed of the proper bloodline and the medical histories of purebred parents and the mixed breed puppies. In addition, they will hand over the puppies’ gene testing certificates and vaccination certificates for your future reference. 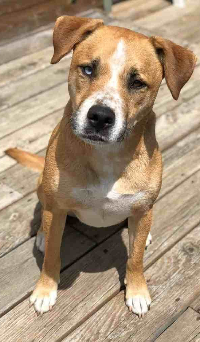