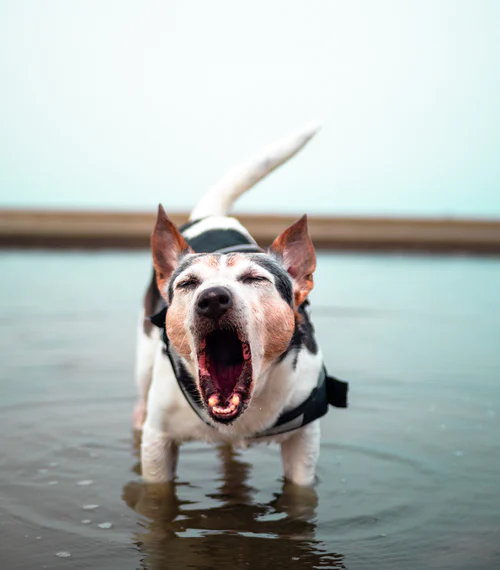 Why teach your dog to “speak?”

How Long Will It Take to Teach a Dog How to Speak?

A few dogs may take time to learn to bark on command, and a few may grasp this very quickly (in a couple of training sessions). You need to be patient and consistent with your training to get the best results. Please note that cramming an hour of training into one day of the week is less effective than 5-10 minutes of daily training.

Preparing for the Training Session

Pick a Cue: Choose  a word to be your dog’s command to bark –  “Speak,” “bark,” or “talk” are commonly used. As always, best practice is to make sure it doesn’t sound too similar to another command you use with your dog or your dog’s name.

Choose Reward: Choose something that your dog enjoys; the more appealing the treat, the easier it will be to train your dog. If your dog enjoys playing, you can use their favorite toy and engage in some playtime while they bark. On the other hand, treats are the most successful way to train a dog for most people. The best treats are those that your dog enjoys, which are also easy to carry, split into bits, and nutritious.
Marker Training: You should use a “marker” to tell your dog that he has done something correctly. Since the clicker produces a clear, distinct sound that is consistent, it is very effective. If you don’t have a clicker, you can also use a verbal marker such as “yes” or “good.”

How to Teach a Dog to Speak?

Step 1: Encourage your dog to bark

This step will be easier for some dogs. A vocal dog will be more likely to bark. If you know that something always makes your dog bark (when you grab the leash, the doorbell rings etc.), you can do that. Alternatively, you can try to excite them by offering to play a game or running / jumping around excitedly.  Another method is to show your dog that you have a treat and then hold it in a closed fist. Do nothing and at some point while your dog tries to figure out how to access the treat, he is likely to bark.

Step 2: Mark and reward the behavior

As soon as your dog barks, mark the behavior – with a clicker or your verbal marker – and offer a reward.

Step 3: Introduce the cue to name the behavior

After doing this a few times, your dog will understand that the cue will lead to you getting him to bark and then he will get rewarded. Eventually your dog will bark as soon as you say the cue, because he knows what is coming next. When he does this, mark and reward a LOT! Repeat this a few times.

Step 5: Proof and Generalize the Behavior

As with any behavior we teach our dogs, it’s important to proof and generalize it by trying it out at different locations.