The Golden Retriever Bulldog mix is a dog with a big personality, a loyal and loving one. These dogs are known to be very outgoing and are always ready to play with their families. However, these dogs are known for their prominent, droopy jowls, wrinkled skin and curly muzzles. They may inherit a tan coat from their parental breeds. This breed makes a great family dog and is very friendly and patient with children. They are also very good with other pets such as cats and dogs. They are not likely to be aggressive with strangers unless they feel threatened.

The temperament of a Golden Retriever Bulldog mix is that of an energetic, loyal, and playful dog. Known for intelligence and quick learning abilities, they are the best-mixed breed of dogs and can be trained to become service dogs or therapy dogs with ease because they are so intelligent. This dog breed is a cross between a Golden Retriever and a Bulldog and is usually called the Golden Retriever Bulldog mix. Golden Retrievers are famous for their gentle nature and calm demeanor. They are also known to be one of the most popular breeds in America. Bulldogs are often viewed as aggressive and tough dogs, but they can also be very friendly and loyal to their owners.

The Golden Retriever Bulldog mix training is a long process that takes around six months. First, the dog is taught to sit, lie, stay, and come on command. The training begins with the dog being introduced to the handler and their surroundings. Then they start to practice basic commands like sit and lie down. After getting familiar with these commands, they practice more complex commands like stay and come. They also teach the dog how to fetch a ball or toy.

Golden Retriever Bulldog mixes are one of the most popular dog breeds in the world. They have a body structure, energy levels, and temperament similar to Golden Retrievers but with the personality traits of Bulldogs. The exercise routine for these dogs consists mainly of playing with them, walking them around, running, or going on walks. An average-sized dog can do this for about 30 minutes per day. Sometimes, they don’t always have the energy required for long walks or hikes in the woods. Exercising these canines regularly is essential to keep up with an active lifestyle.

The undercoat sheds heavily in Golden Retriever Bulldog Mixes, especially during the spring and summer. As a result, Golden Bulldogs require a lot of brushing and sweeping during these times to remove dead, shed hair. The grooming of Golden Retriever Bulldog mix may be done by hand or using professional grooming tools such as brushes and clippers. The grooming process will also include brushing teeth with a toothbrush to remove plaque and tartar and cleaning eyes with a damp cloth. Clean their ears and trim their nails regularly. You must also keep their wrinkles clean and dry as they may suffer from skin infections.

If you want your floors clean, you’ll need to invest in a good vacuum cleaner! You can bathe them as often as necessary, but don’t dry out their skin.

Hip dysplasia is a disorder that affects dogs during their growing phase. It causes the hip joint to relax, resulting in discomfort and dysfunction. In addition, the cartilage and bones in the dog’s hip start to wear away as it develops. Eventually, this leads to arthritis, muscular atrophy, and decreased mobility.

Elbow dysplasia: Dogs with elbow dysplasia are typically more miniature and often have musculoskeletal issues. In a few cases, the condition can be hereditary, and in others, it’s caused by trauma. The disorder is characterized by pain in the front of the elbow and, if left untreated, can cause difficulty with the use of their front limbs.

Patellar luxation: When the dog’s patella (kneecap), which typically lies in the cleft of the femur (thighbone), slips out of position, it is known as luxating patella. Your dog may feel periodic hind limb “skipping,” lameness, or locking up the leg at an abnormal angle if the patella luxates.

Eye issues: There are many eye diseases in dogs, corneal ulcer, chronic dry eye, glaucoma, including simple allergy and infection in the eye. It may also be associated with painful eyelid afflictions, such as entropion, tumors, and skin infections. So take your canine to the vet if you see them squinting.

Cardiac problems: Dogs often suffer from cardiac problems. Unfortunately, many people are unaware of the signs or symptoms that could lead to cardiac problems in dogs. The most common cardiac issue is left ventricular hypertrophy, an enlargement of the heart’s left ventricle. This enlargement can be caused by many factors, including high blood pressure, obesity, and old age. Owners need to know how to recognize these symptoms and take their dogs to the vet for treatment. Dogs with a history of heart disease may show signs like coughing or breathing problems, fatigue, lethargy, and vomiting. These signs are often accompanied by decreased appetite and weight loss.

Hyperuricosuria: It is a genetic disorder that affects the ability of dogs to process uric acid. This disorder causes gout and other medical complications and can lead to the earlier death of some pets. The condition is caused either by genetic factors or by diet.

Since a Golden Retriever Bulldog Mix can develop any of the health mentioned above issues, it would be a good idea to get the parents of your very own Golden Retriever Bulldog Mix health screened for any potential health defects. The results will provide you with the genetic health problems your Golden Bulldog may inherit or develop in its lifetime.

Cataracts: a condition where one or both eyes develop opacity.

Golden Retriever Bulldog mix is a mixed breed dog most commonly used as a pet. It has been observed that there are specific nutritional needs for this particular mixed breed. Most notably, they need to be fed high-quality food, it can also be homemade dog food, and they do not like to be overfed with treats or food that is too rich in fat.

The Golden Retriever Bulldog mix diet should include raw meat, vegetables, and fruits that are low in carbohydrates. They will also require small meals throughout the day, requiring less energy intake than other breeds. This dog’s diet is similar to that of other medium-sized dogs, but they need more protein in their food due to their high activity level.

The Golden Retriever Bulldog mix is an energetic dog that needs its owner’s lots of exercise and attention. Finding time for these dogs can be challenging because they require much time and effort. However, they are known for their intelligence, loyalty, and playful natures. In addition, they are known for their patience, calm personalities, and desire to be around people. Living conditions for this crossbreed can be problematic because they need their owners’ attention and care.

Things to remember before breeding a Golden Retriever Bulldog

Getting a Golden Retriever Bulldog from a reputable breeder is best to prevent unavoidable circumstances like health and vaccination. These dogs are suited for experienced dog owners and should be aware of the challenges. It is best to check with the puppy’s parents to cross-check its health and happiness. 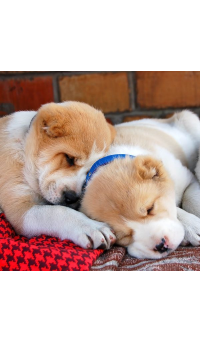 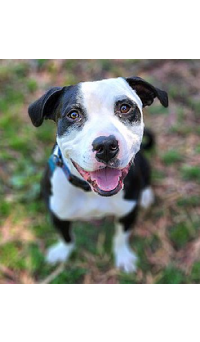