German Shepherd Bulldog mix, otherwise known as American Bulldog Shepherd or GSD Bulldog, is a cross of two purebred working breeds: the German Shepherd and American Bulldog, markedly distinct in appearance and temperament. Medium to large in size, loyal, and energetic, these designer breeds inherited some of the best traits from both their parents.

The Bulldog lineage adds a gentle and affectionate nature that may be otherwise reserved in a GSD making the offspring an excellent companion dog. However, the GSD parent line has high guarding instincts, while the American Bully may exhibit aggression towards other canines and animals.

Every German Shepherd Bulldog is unique, but they all require proper and early socialization with people, places, family, and other animals to help overcome their instinctual demeanors. With appropriate training, socialization, exercise, and mental stimulation, a GSD Bulldog has excellent potential in the home as a protective and affectionate family dog. Unfortunately, this is not the GSD mix for you if you are allergic to dog dander because both parents are notoriously heavy shedders.

German Shepherd Bulldogs are gentle, affectionate, faithful, thick-set, and powerful working dogs but wary around strangers. Due to their superior brilliance and conservative nature, they have a history of taking on rescue missions, guard duties, police work, and military operations. They are not a common hybrid breed. However, they are highly dedicated as a watchdog because of their Bulldog lineage and are intelligent, independent, and curious due to their GSD parent. As an offspring of two active breeds, a GSD Bulldog requires ample space to spend their energy, stretch, run around, and ensure that fences are secured, as these breeds can sometimes be sneaky escape artists. Sadly, they may show separation anxiety symptoms when left alone for extended periods.

GSD Bulldogs are known for the following personalities:

GSD Bulldog’s personality is a blend of German Shepherd and Bulldog breeds. Both parents are used as working dogs and maintain a strong jaw and a well-developed muscular body. These medium to large-sized dogs will fall between 60 to 125 pounds and stand about 20 to 27 inches tall. GSD Bulldog is a short-legged, muscular breed with a wrinkled face, medium, almond-shaped eyes, pointed ears, large head, short muzzle, and strong teeth. They come in various colors, including cream, black, tan, fawn, sable, brindle, white, brown, gray, red, and blue.

GSD Bulldogs are well-known for their unique companionship and fascinating personalities. They make excellent family companions and are patient with kids. They are clever, intuitive, brilliant, curious, and eager to please their human family. Their GSD origin has given them their protecting instinct, making GSD Bulldogs an ideal watchdog and trained to become more efficient. They can limit their barking to occasions that may call for your attention or warn you of something they suspect. However, these designer breeds are very suspicious of strangers; proper and early socialization is required to help them familiarize themselves with pets or other people. However, they are bold and territorial canines requiring adequate training and early socialization to adapt to your household and family. They have a contagious positive streak, but there is a possibility of some stubbornness. GSD Bulldogs always seek human companionship, yet, the downside is they may undergo loneliness if they are left alone for extended times.

A German Shepherd American Bulldog can inherit the personality features of either parent breed in any combination. While both are loving and gentle towards kids, always watch their interactions with unfamiliar kids. These designer breeds are very loyal and territorial and are often used as police dogs, search and rescue, and therapy work, as they are so well behaved and defensive of their masters. They can be trained effortlessly, but also, they are aloof and demanding by personality.

GSD Bulldogs do best with experienced and confident owners. If they get properly socialized into a family early, you will be stunned at how friendly and adorable they can be. But, they are aggressive and sociable at the same time. In addition, they can get carried away quickly due to an inherent stubbornness, which will be detrimental to other pets around. Therefore, it will help if you inculcate the habit of respect into your GSD Bulldog at an early period as they grow up to be big and challenging to control at that point.

Taking appropriate care of your GSD Bulldog will lessen separation anxiety and enhance life expectancy. Likewise, they should be involved in sports, such as obedience or agility, as they require physical and mental stimulation. Hence, they are best suited for someone who has enough time to pay attention to these breeds. Leaving a favorite toy with your puppy will lower their stress levels if you need to go out.

Being not only intelligent but also very solidly built, the GSD American Bulldog mix is a hybrid that needs to be trained by an experienced dog owner from a young age. If you are new to training canines, consider getting a professional trainer to start on the right foot. Training your GSD Bulldog is effortless and exhilarating as they have a gratifying character, brilliance, people-pleasing, and quickly pick up orders or instructions. Also, they respond well to positive reinforcement during the training sessions. Therefore, it is crucial to treat and reward them when they accept your commands. Sadly, they also have moderate prey drive, which you can rectify after proper obedience training.

The required activity level will rely on which parent your GSD Bulldog takes after most. Training a GSD Bulldog is easy but needs a firm, confident owner. They usually require about three 45 minutes of walks daily and some time for additional vigorous exercise, such as playing fetch, running, agility, and obedience training activities. If they are tall with a leaner physique and lots of energy to spare, consider training them for 30 minutes daily. If your dog is short and squatter, their movement range can be more limited. A walk from 15 to 20 minutes at a reasonable pace should be enough. Remember that canines with more American Bulldog traits don’t do well in heat or humid conditions. Hence, never exercise them when the sun is scorching. It is vital to keep them physically stimulated, else they get bored, destructive and develop undesirable behaviors.

The GSD Bulldog is an active, loving, loyal, athletic breed with solid protection and guarding instincts. The GSD parents add aloofness to this cross, and the GSD Bulldog will be wary of strangers but not timid. However, the American Bulldog Shepherd is loving and gentle with family members. Early and proper socialization with other animals will aid the GSD Bulldog in adjusting to family life with other pets. In addition, they will not be satisfied with the same activities constantly as they are brilliant, so you’ll have to mix things up to keep them entertained and curious. Exercising your GSD Bulldog should not burden you or your dog. You can meet their daily exercise needs by:

Grooming needs entirely depend on the parent breed traits that your GSD Bulldog inherits the most. For example, if your GSD Bulldog has inherited the GSD’s coat, the offspring will have a double-coat, a straight outer coat, and a thick undercoat that will require regular brushing. On the other hand, if they inherit the American Bulldog’s single coat, the offspring require minimal brushing. Hence, they have to be groomed weekly, mainly during spring when they shed.

German Shepherd Bulldog mix is not a hypoallergenic dog and requires moderate maintenance for its well-fitted tailored coat. GSD Bulldog’s grooming needs are as follows:

German Shepherd Bulldog mix is a designer-breed dog who is generally healthy. This does not indicate that they will be immune to any illness. However, a balanced diet, regular health checkups, and a healthy lifestyle can prevent many health disorders.

Panosteitis: A painful disorder that occurs during the phase of growth. This disease is indicated by severe inflammation of your canine’s developing bones. It is prevailing amongst male, large breed canines. Some of the symptoms are:

Gastric dilatation-volvulus: Bloat or GDV is a life-threatening disorder when your dog’s stomach twists and becomes distended with gas. This trapped gas hinders your dog’s ability to belch or vomit, blocking the expected return of blood to the heart. This phenomenon directs to a drop in blood pressure leading to shock. If untreated, this shock could ultimately lead to death.

Exocrine pancreatic insufficiency: A pancreatic disorder where the cells producing digestive enzymes are harmed. As a result, the canine cannot consume and digest food. The main symptoms are loss of appetite, gas, weight loss, and change in stools.

Hip and Elbow Dysplasia: A health disorder resulting in unstable dog joints. Still, these conditions are also effortlessly curable with sufficient exercise, a healthy diet, and proper relieving of stress. This disease is usually brought on by obesity, so it is essential to maintain your dog’s weight on point.

Epilepsy: One of the most familiar neurological disorders in dogs, concerning about 0.75 percent of the population. Epilepsy is a general term for various diseases defined by repeated, uncontrollable attacks caused by a brain malfunction. This condition can be obtained or generated by anatomical issues in the brain or an unknown cause.

Eye Diseases: The GSD Bulldog may also inherit eye disorders such as Cataracts and Progressive Retinal Atrophy (PRA). PRA is an acquired familial eye condition generated by the retina’s breakdown. In contrast, a cataract is the formation of clouds in the dog’s eyes due to lens opacities, and it’s ordinarily age-related.

GSD Bulldogs are just as unique as other dog breeds and must be fed as per their needs. Adult GSD Bulldogs need around 1 ½ to 2 ½ cups of high-quality, well-balanced nutritious kibble, which you can split into at least two daily meals. GSD Bulldog puppies should be fed around twice the amount in the first months after weaning. Make sure that your dog also drinks clean water throughout the day. Since they are exposed to hip and elbow dysplasia, enhance their meals with chondroitin, glucosamine, and fish oil. In addition, they are inclined to obesity, and thus overfeeding must be avoided. Never hesitate to consult a veterinarian to meet your puppy’s dietary necessities to keep them happy and healthy.

Here are some of the canine food brands that will work accurately with GSD Bulldogs: 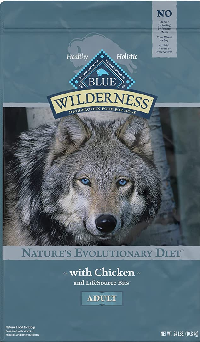 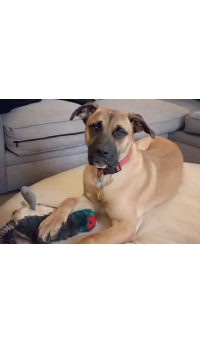 GSD Bulldog is a medium to a large active dog, it is highly recommended that you have a prominent area for your dog to roam around freely and get sufficient exercise at the same time. Hence, an ideal living condition for GSD Bulldog would be a house, or specifically an open, fenced yard. Also, the temperature should be moderately cold, primarily because of their double coat.

Adding a German Shepherd Bulldog Mix to Your Family

Things to Remember Before Buying a German Shepherd Bulldog Mix

It is recommended to research and find a local, reputed breeder as they ensure the happiness and health of both the parents and puppies. In addition, they should provide health clearance records and gene tests for a vaccinated puppy. So, you can be cautious of the possible health conditions that can affect your puppy. Likewise, try to meet the purebred GSD and the American Bulldog to view your puppy’s qualities and temperament.

If you buy from a reliable breeder, the German Shepherd Bulldog Mix Puppy can range from $1500 to $5000, excluding their miscellaneous costs.

To Buy/adopt a Puppy Online: 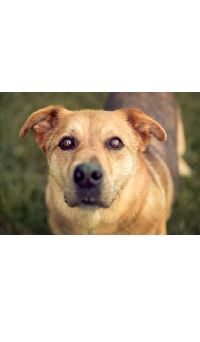