French Bulldog Yorkie Mix is a one-of-a-kind dog due to its size. Depending on its parents, the Frorkie will be small. Despite the size of the French Bulldog parent, a miniature Yorkie parent will usually produce tiny Frorkie puppies. Usually, the tail of Forkie is long and straight.

French Bulldog Yorkie is black with tan markings. However, this can vary based on the Frenchie litter’s precise parents. The Frorkie’s hair will usually be curly or wavy, a trait inherited from the Yorkie parent’s naturally wavy hair.

A healthy male French Bulldog Yorkie should weigh between 4 and 7 pounds. Typically, these little canines don’t reach a shoulder height of more than 9 inches. The round head of the Frenchie is inherited from both the parent breeds.

A Frenchie, although being intelligent, may be demanding. He will require a robust and stern handler who will not allow to take advantage of him. Positive reinforcement works well for all dogs. As a result, make sure to compliment him when he succeeds. He’s an intelligent dog who enjoys a tremendous physical challenge as well as being pampered. The more training he receives, the simpler it will be for him to socialize. All dogs and puppies need to be appropriately socialized. Take him to the park and dog daycare as much as possible. This helps him to socialize with people and other pets easily.

A Frenchie does not need a strenuous exercise schedule. Routine strolls in the park and play sessions in the dog care centers are enough for them.

A French Bulldog Yorkie Mix is not a high-maintenance dog. He also doesn’t shed much; however, he is not a hypoallergenic breed. Bathing once a month is fine for a Frenchie. Clip his nails when it grows, and brush his teeth to avoid plaque and tartar from occurring. Clean his eyes and ears regularly to prevent infections.

Generally, mixed breeds are healthier. However, French Bulldog Yorkie Mix is susceptible to health problems common to his parent breeds.

As per the veterinarian’s guidance, a French BullDog Yorkie Mix will need high-quality dog food. It is best to consult with a vet to make a diet chart for your Frenchie. The vet will do a few anatomy checkups to make a proper diet chart for your Frenchie. Frenchies may suffer from calcium and vitamin deficiencies. So, supplement his nutrition with a healthy diet besides chondroitin and glucosamine foods.

French Bulldog Yorkie Mix is a very energetic, agile dog who needs proper exercise and obedience training. He is suitable for apartment living, and he needs a medium exercise to keep him mentally and physically stimulated.

Before buying a Frenchie, remember to get them from a reputable breeder who will give you the puppy’s vaccination and gene testing certificate. It will be best to meet their parent breed to ensure their health and avoid unavoidable circumstances.

A Frenchie may cost between $300 – $3500 depending upon the breeder. Keep in mind that you need to buy the puppy from a reputable breeder. 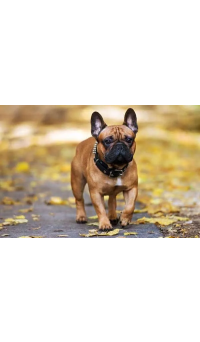