French Bulldog vs. Pomeranian: A Comparison

The French Bulldog Pomeranian mix is a medium-sized dog that may bear a coarse single or double coat. However, the amount of shedding depends on which parent this hybrid inherits. Their physical appearance can be unpredictable; it can be like a French Bulldog or Pomeranian. Their coat color comes in black, gray, cream, blue, tan, white, brown, or mixes of two colors. These dogs are usually very active and have a lot of energy. This kind of mix makes a very compelling breed, as both parents are almost similar and look alike.

Being affectionate, energetic, playful, and even stubborn are some of the characteristics. A French Bulldog Pomeranian mix is a docile and calm creature with a great deal of character. This mix is an intelligent and curious breed that loves to play and explore the world around them. They are also very good with children because they are patient and gentle with them.

They love being in the spotlight, being the center of attention, and tend to bond with one person more than the others, showering them with affection. However, they can be wary of strangers and aggressive toward other dogs and people, so they need early socialization. It’s important not to spoil them too much because they will become more stubborn.

Training is part and parcel of any dog’s life, and it can be a complex process for some dogs. This section will discuss how to train your French Bulldog Pomeranian mix and what you should do to make training easier for you and your dog. This mix can be challenging to train, as they are stubborn and independent.

These dogs are both stubborn and independent, making them difficult to manage at times. However, these mixes can be very rewarding companions with the proper training and patience. This type of training will help ensure that your new pet doesn’t get too excited and startle you when it sees you walk through the door. It will also help your new pet feel more comfortable around people and other animals in your home, making this process easier.

French Bulldog Pomeranian mix training can be difficult because of their high energy levels. They require lots of training and exercise to keep them happy and healthy. This breed is not for everyone because they need lots of activities to stay fit, so they are not recommended for apartment dwellers or those who live in congested areas.

This mix is more active than the average dog. They are also very social, so it needs to be around other pets and children and people who play with them regularly. Pom Frenchies need to have a large yard or even an area to run around for hours. This breed also needs to take long walks and jogs at least three times a week. You can also take them hiking, swimming, or playing tug-of-war, hide-and-seek, and frisbee.

Reward your pets for good behavior by praising them and giving them treats. French Bulldog and Pomeranian Mix don’t like physical challenges; they may feel anxious and stressed.

The grooming of the French Bulldog Pomeranian mix starts at six weeks old when they are spayed or neutered. Since they are so small, their nails need to be trimmed regularly; it would help if you cut their nails once every 2 – 3 weeks. The French Bulldog Pomeranian Mix needs to be groomed periodically like any other dog. Remember that brushing their teeth once a day should be a daily dental and oral health routine. Tartar buildup, dental decay, and foul breath may all be avoided with it. Additionally, they should be brushed at least four times a week to keep their coat fresh, detangled, and free of mats, and they should be bathed whenever they need one to keep their hair clean and smelling good. Finally, make sure to use good shampoo and conditioner.

The health of the French Bulldog Pomeranian mix is generally reasonable. However, as with any mixed breed, some risks are associated with their breeding. Because this breed is so popular, there is a higher risk of genetic problems in their offspring. Some common issues include hip dysplasia and eye disorders.

French Bulldog Pomeranian mix has a lifespan of 12-14 years. They are very active and require a lot of exercises to keep them healthy and happy. The mixed breed is usually healthy, but they are prone to some health issues, so it’s better to know what to expect.

Here are some health issues your pup may face.

Hip dysplasia: Hip dysplasia is a severe condition that affects your dog’s hips. It is an inherited disorder caused by a genetic mutation, so you cannot prevent it from happening to your pet. If left untreated, hip dysplasia will lead to lameness, arthritis, and pain in the joint.

Patellar Luxation: Patellar luxation in dogs can lead to arthritis, pain, lameness, and difficulty walking. You must take your dog to the vet if they have any of these symptoms.

Heart issues: Heart conditions in dogs are often severe and life-threatening. They can lead to death if not treated on time. Dogs’ heart conditions affect their quality of life and may shorten their lifespan.

Eyes issues: Dogs are often affected by eye issues. The most common issue is an issue with the tear ducts, which results in the tears being unable to drain correctly. Some dogs have different eye issues, such as cataracts or corneal ulcers. It can lead to blindness if treatment is not provided in time.

Skin Problems: Skin problems in dogs can be caused by various factors, including allergies, parasites, bacterial infections, and dietary concerns. Dogs’ skin conditions vary widely and may include dry skin, itchy skin, scaly skin, hot spots on the body, or even bald patches.

Tail Problems: Tail problems are common in dog breeds. They affect the breed’s health and can be potentially dangerous. This problem can be caused by genetic mutations, infectious diseases, or environmental factors like malnutrition. Tail problems are most often seen in dogs with long and heavy tails, such as Bulldogs and Mastiffs.

Autoimmune thyroiditis: Autoimmune thyroiditis is a disease that affects the thyroid gland and causes inflammation in the thyroid. It is most commonly seen in dogs and cats but can also affect other animals. As of now, there are no treatments for this condition. The only solution is to keep an eye on the symptoms of your dog or cat and make sure they are getting enough food, water, and exercise.

Brachycephalic Syndrome: Brachycephalic syndrome is a condition that impacts the airway and can cause breathing problems. It is most commonly seen in dogs with flat faces and snub noses.

French Bulldog Pomeranian mix dogs require the same food as a regular French bulldog. They are prone to obesity, so it is essential to feed them a balanced diet along with plenty of exercises. You should check with your pet’s veterinarian to see how sensitive your dog’s stomach is, as both parent breeds can suffer from stomach conditions.

As French Bulldog Pomeranian Mixes are prone to elbow and hip dysplasia, their diet must include supplements such as glucosamine, fish oil, and chondroitin. When it comes to longevity, don’t overlook these supplements.

The living condition of a French Bulldog Pomeranian mix is generally reasonable. They are usually well-behaved and friendly, but they may be prone to health problems due to their mixed breeding. French Bulldogs are prone to mast cell tumors, which contain mast cells.

These cells release histamine and other chemicals that can cause allergic reactions in people and animals. Pomeranians also tend to have high cholesterol levels, so they may be at risk for heart disease if not kept in good condition.

Adding a French Bulldog Pomeranian Mix to Your Family

Things to remember before adding a French Bulldog Pomeranian Mix to your family:

To adopt a French Bulldog Pomeranian Mix Puppy, you’ll need to budget for the cost of raising the puppy.

French Bulldog Pomeranian Mix puppies can cost anywhere from $2,000 to $8,000, as it is an expensive mix. 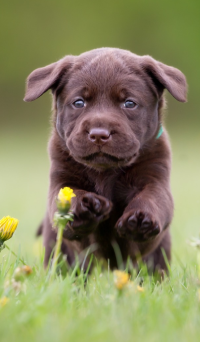 How to Safely Clip a Dog’s Nails

How to Clean Your Dog’s Ear

16 Clues To Understand Your Dog Better