European Boxer, also known as German Boxer, is a short haired, medium to large-sized adorable and majestic dog recognized for its warm, loving, friendly, and affectionate nature. Boxers are usually categorized into three breeding types based on their bloodlines and the countries that breed them. European Boxer, American Boxer, and UK Boxer are the three general Boxer breeds, and they have minute differences between them. European Boxer is considered the official, largest and the most athletic Boxer type among the three breeds.

European Boxers are highly loyal companions and can be protective of their owners with an extraordinary guard dog and watchdog abilities. In addition, their intelligence and high energy help them respond well to training. These breeds will openly show affection and are very delicate with their quick human family. On the other hand, the European Boxer seldom welcomes and needs early socialization to avoid unwanted threats. Undoubtedly, the best-behaved dogs can threaten kids due to their weight and measure. Hence, they have to be homed with comparable canines and must be introduced to other dogs from a young age to acknowledge them. If you plan to get a European Boxer, ensure you have sufficient time and space to provide this breed’s excessive levels of exercise. With a confident gait and powers to spare, a European Boxer running or walking toward you is an exquisite sight to behold.

European Boxer is a highly energetic, muscularly built, intelligent breed. An average male dog will stand as tall as 22-26 inches and weighs around 65-70 pounds. The females have lesser bones and are relatively more minor, with 20 to 23 inches in height and weighing 50 to 55 pounds. They are squarely built with style and elegance. Their coat color varies from fawn to brindle. While you can find black Boxers and white Boxers, they are not according to the breed standard in Europe. They have a shiny coat, broad chest, short legs, tiny feet, and high knuckles. Their coat color varies from several colors, although most will have a black mask.

The Brindle Boxer can be easily recognized from the black stripes on its coat. These black stripes will either be thick or sparsely dispersed. The color of Brindle Boxer ranges from tan to dark brown. In addition, they have some white fur on parts like the chest and knuckles.

As the name suggests, Fawn Boxer has a fawn to deep brown colored coat. This is common in other Boxer breed kinds also. However, white fur on the chest and leg areas differs this breed from other fawn-coated Boxers.

Head: European Boxer’s head is proportional to its muzzle. The deep brown eyes and wrinkled forehead give them an alert, watchful appearance. Their skull is flat, broad, and arched where the ears are set. Their ears are mostly chopped off and stand erect when the dog is vigilant.

Neck: The shape of a European Boxer’s neck is long and circular without wrinkles.

Topline: European Boxer’s topline varies from sloping to leveling, relying on the attentiveness and movement of the dog. Their topline is smooth and clean.

Chest: European Boxers have a wide and distinct chest which can be seen from their side. Also, ribs are well projected and arched but to a perfect level to not make them protrude.

Legs: European Boxer has thick muscled front legs with long straight bones. They look parallel and perpendicular to the ground when viewed from the front.

Coat: The coat of a European Boxer is short, shiny, and tight. They have smooth skin without any wrinkles except on the forehead region.

Color: European Boxer’s color ranges from fawn to brindle. Fawn is a mostly accepted color. The Brindle European Boxer has more black stripes than other breed types of Boxers.

Gait: European Boxer’s gait should be straight and efficient. Their legs should run parallel and perpendicular to the ground when seen from the side.

A European Boxer is naturally a protective and guarding dog. They are keen and alert on guarding. They exhibit much affection towards their human families and are playful around children. They are incredibly loyal to their owners and show confidence and bravery while facing strangers. A European Boxer will attack outsiders only when threatened and disturbed. Although they are mistaken to be aggressive, they are friendly dogs.

According to the European Boxer Standard, the European Boxers must not be aggressive, and it disqualifies them from breeding. European Boxer dogs require adequate and proper training from puppyhood to curb all their destructive traits. Too many restrictions and discipline can annoy them. Nevertheless, they are elegant and confident in their way of carrying themselves.

European Boxers love to play, requiring sufficient exercise to maintain their health and energy. Their small noses and short coats are intolerant to cold and hot weather. While training, they must not be kept outdoors for extended times. These breeds can be hard to house train, and crate training can make this process effortless. Before training them, take your puppy for a walk or an exhaustive play session to focus better.

European Boxers are highly energetic dogs, and they require regular training daily to focus their energy thoroughly. They show detrimental behaviors when left alone for extended periods. Regular exercises, early training, socialization, and playtimes are vital to keeping them in control. If you plan to bring home a European Boxer, ensure to spend sufficient time with them every day.

European Boxers like to run around freely, but it is unsafe to let them on their own without a leash. Furthermore, their nose and coat are not suited for long durations outdoors. Hence, European Boxers have to be carried out two to three times every day in short durations.

The coat of a European Boxer is tight, thin, and close to the body. Some Boxers are known to be heavy shedders. Luckily, most European Boxers shed a small to moderate amount yearly. Occasional combing is required. They are naturally clean dogs, so they need bathing one to two times a week. They would also require to be given a bath occasionally or when they get filthy. Focus on their dental health, groom their nails and clean their ears regularly.

The European Boxer is a healthy and active dog. However, it’s always wise to be aware of the health disorders they are prone to.

Hip Dysplasia: A painful, life-threatening disorder caused when the bones of the rear legs fail to fit correctly in the joints. While some canines show signs, most dogs won’t have visible symptoms. Though Hip Dysplasia is primarily hereditary, injuries, excessive weight gain, and wrong exercises can result in hip dysplasia. Treatments vary from medication to replacement of the hip through surgeries.

Hypothyroidism: Deficiency in thyroid hormone results in Hypothyroidism with clearly identified symptoms which are unusual shedding, obesity, rough patchy coat, and fall in the dog’s energy levels. This condition is not life-threatening and can be treated with regular medication throughout the dog’s life.

Cancer: Boxers are more prone to cancer on their skin, while the other Boxer breeding types can be affected by cancer in their cells and brains.

Cardiomyopathy: One of the heart disorders caused due to the improper conduction of blood to the heart leading to a sudden rise in heart rate. There are no symptoms that can cause normal fainting to unexpected deaths.

Aortic Stenosis: Another heart condition that can cause death in Boxer breeds. The blocking of the aortic valve will lessen the blood supply from the heart to other parts of the canine’s body. The transmission path has not yet been identified, but regular checkups can detect this condition.

Deafness: Lack of hearing ability seen in many breeding types of Boxers. Like cancer, a European Boxer is more prone to deafness. It is more common in pigmented canines.

Corneal Dystrophy: An inherent disease affecting the layers of the cornea in European Boxer’s eyes. Symptoms such as forming an opaque layer are seen in some dogs, but it is not painful.

Gastric Dilatation-Volvulus: This disorder, also called Bloat, affects canines with a large chest like a European Boxer. If fed more than good meals a day, they will be involved, rapid water drinking, and exercise after a meal. This life-threatening disease commonly occurs in older dogs. Immediate medical treatment is required if a Boxer gets affected by Bloat.

Allergies: European Boxers are more sensitive to many allergies than other dog breeds. They can be allergic to a particular food or something from their environment. Regular checking and being cautious about the food and habitat can avoid allergies in these breeds.

Dental Disease: It affects 80% of dogs by two. It results in tartar build-up on the teeth, infection of the roots and gums, loss of teeth, and kidney damage in severe cases.

Infections: European Boxers are prone to certain bacterial and viral illnesses such as rabies, parvo, and distemper. Vets can prevent viral infection by giving a vaccination based on the dog’s age.

Parasites: The European Boxers can be infested with bugs, fleas, worms, and ticks that can get into their systems through contaminated soil, unclean water, or bitten by an infected mosquito. Parasites may also be transmitted to you and your family. Signs include pain, discomfort, and even death.

Spay or Neuter: In spay, the uterus or ovaries in females is removed, and in the neuter, the testicles of the male canines are removed. It eliminates the possibility of pregnancy or fathering unwanted puppies and decreases the likelihood of certain types of cancer.

Obesity: It is a significant health disorder in European Boxers. Excess weight can cause back pain, joint problems, digestive disorders, and heart disorders. The best way to prevent this is a healthy diet and regular exercise.

Epilepsy: Seizures are a common issue in European Boxer dogs that cause sudden jerking of the body and loss of consciousness.

Two healthy meals daily are ideal for a happy and healthy European Boxer. When overfed, they can gain more weight leading to obesity in them. Feed your puppy high-quality food with sufficient nutrition to maintain their energy level constant. Make modifications to the diet as the puppy grows into an adult one. Planning diets based on their age, height, weight, and nutrition needs will keep them healthy. Consulting a vet on planning specific diets for your European Boxer is recommended.

Living conditions play an essential role in a European Boxer’s life. Unfortunately, the outdoors is not suitable for them because of their short nose and thin coat. Instead, they are highly suited for apartment living and require two to three short outdoor sessions daily.

Adding a European Boxer to Your Family

The cost of a European Boxer puppy can range from approximately $1000 to $3000, not including miscellaneous costs. 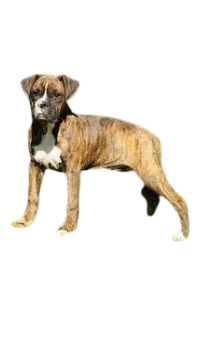 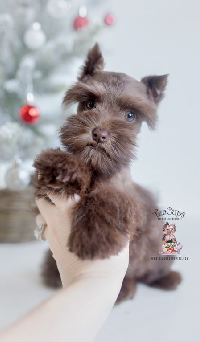