Dogo Argentino, also called the Argentine Dogo or the Argentinian Mastiff, is a large, well-muscled, athletic, and majestic dog recognized for its warm, loving, and affectionate nature. With a courageous history as a hunter, this breed is a friendly and playful human companion. They are loyal, independent, high-energy dogs that depend on their human companions for guidance and support. At the same time, Dogos can be aggressive hunters and gentle guardians of their humans. Their strength requires a firm, active trainer qualified to keep big dogs in line, and they need strict boundaries.

Despite its ability for aggression in hunting, the Dogo Argentino naturally has a happy disposition and is fiercely loyal to its human family. This breed is more suited for professional dog owners. Dogo will need a leader who can handle them with discipline. They need lots of mental and physical stimulation and patient training; otherwise, they can become bored and detrimental. In addition, with proper training, they can make an excellent family companion and watchdogs.

The first thing anyone notices about the Dogo is its unique white coat which is not generally seen in the Mastiff family. They got this standard color to ensure that the hunters could effortlessly spot them in the tricky terrain of Argentina. Dogo is a pack-hunting dog, initially bred for pursuing big games, such as puma and wild boar, and possesses a fierce athlete’s strength and quick responsiveness.

Dogo Argentino originates in the province of Cordoba, in the Republic of Argentina’s central (Mediterranean) region. This breed has the most prominent family tree in the dog kingdom. They were bred from the extinct fighting hounds of Cordoba, Great Dane Bull Mastiff, Great Pyrenees, Bull Terrier, Boxer, Pointer, Bulldog, Dogue de Bordeaux, Irish Wolfhound, and Spanish Mastiff. Speaking about their prolific lineage, Dogo was developed by Dr. Antonio Nores Martinez (a renowned doctor), who wanted to create a big game canine to help him in tracking boars and be able to navigate the various terrains of Argentina. This exquisite breed was mainly used in hunting games, controlling vermin, and guarding the property.

Dogo Argentino dogs can seem terrifying and intimidating at first glance, but you will see a trace of affection in their eyes. These large, muscular breeds have a surprisingly gentle side with love, patience, and tolerance, making them perfect human companions. However, they are territorial, making them excellent guard dogs. They are bold defenders of their human families, even kids, though their powerful prey drive makes them poor companions for other animals like small dogs or cats.

Dogo has a short white coat, dark oval eyes, a short muzzle, triangular ears, a straight, narrow tail, a deep-set chest, and a sturdy body. They grow to about 24 to 27 inches and weigh between 80 and 100 pounds. In addition, they have large, broad heads resembling the American Bulldog or the American Pit Bull Terrier.

Head: Powerful and balanced head with medium-sized eyes that are brown or amber, cropped, erect or semi-erect ears, strong muzzle, and a large black nose. The cheeks and masseter muscles are large, well defined, and covered with tight skin.

Topline: The withers are pronounced. Their back is strong, with well-defined muscles.

Tail: Medium set tail, seeming as a continuation of the spine.

Forequarters: Straight and vertical legs with laid-back shoulders. Elbows are placed against the chest wall. Forelegs are straight with strong bones and muscles.

Hindquarters: Strong hocks, perpendicular to the ground, neither turned in nor out.

Color:  Entirely white. Black spots on their heads are known as “pirata.” A black spot anywhere other than on their head is a disqualification.

Dogo Argentino is a working hound with all the humble sense of intention that it provides. They need intense mental stimulation to be happy and engaged. This versatile breed can be a guardian to their human family, including kids, and will protect them with all their power. Early socialization is crucial to ensure that they are more welcoming to meet outsiders. Always remember that Dogo was initially bred for hunting and still has a strong prey drive. So, if you are getting a Dogo puppy, find them chasing smaller animals around the home.

Dogos are independent hounds that need a skilled owner to handle their training needs, especially regarding socialization. They are recognized for being less than welcoming to outsiders and other dogs. However, they are strong-willed and require plenty of exercises and mental stimulation.

Early socialization is vital for Dogo Argentino, but it’s even more essential considering their powerful body and strong-willed personality. Despite their brilliance, Dogos may tend to be stubborn during training. Patience, constant training, positive reinforcement, and treats will help your Dogo learn things quickly. Excluding physical activity, they also need mental stimulation, or they can become aggressive and moody. They bark to alert you if guests or intruders stop by your home. Thus, they are excellent watchdogs and guard dogs. Here are some training exercises for your Dogo:

Here are a few dog interactive toys and products that you can use while training: 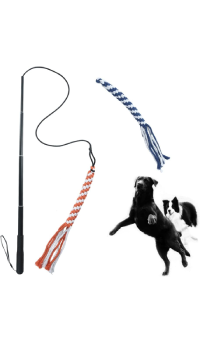 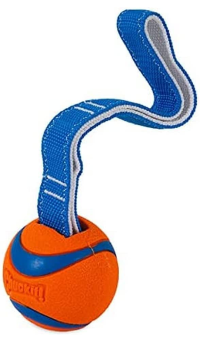 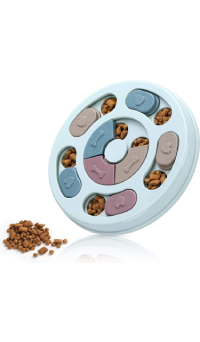 Dogo Argentinos are highly active hounds that need at least an hour of daily exercise. So, take them out for hiking, running around, walking, jogging, or even digging the ground at times. They have a high wanderlust potential obtained from their hunting and herding lineage. So, always be careful when allowing them off the leash. If you have a fenced yard, you can let them roam and play around without worry.

Dogos will love playing the game of fetch and frisbees. They may also adore agility, obedience training, or exercises that blend physical and mental activities. Here are some of the activities that your Dogo will surely enjoy:

Here are a few puzzles and dog toys to keep your Dogos engaged: 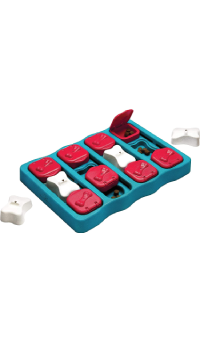 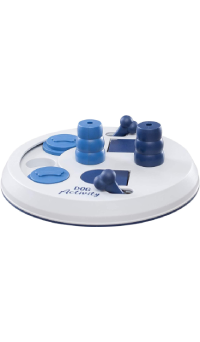 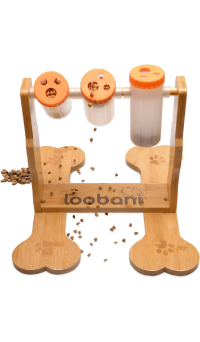 Grooming can be a great bonding experience for you and your pet. Dogos are low-maintenance, non-hypoallergenic moderate shedders. They must brush once a week to remove loose hair and dead skin cells. Bathe them to keep the short coat clean from dirt and debris. It is vital to keep the skin dry thoroughly after a bath to prevent infections from moisture. Check their eyes regularly for redness, irritation, or discharge. The nails need to be trimmed occasionally. Brush their teeth daily to prevent dental difficulties. Ears accumulate dirt and must be cleaned once a week to avoid bacteria and other ear-related issues.

Groom your Dogo with the following accessories: 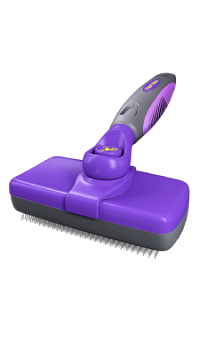 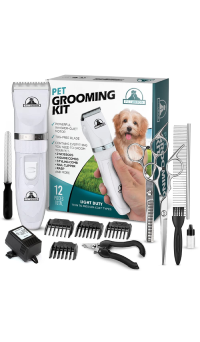 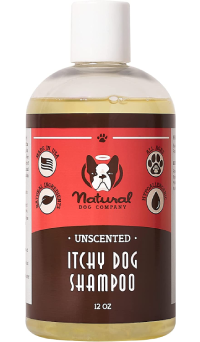 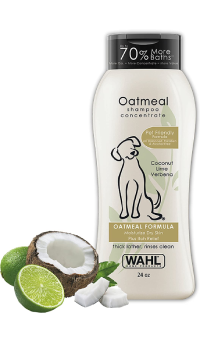 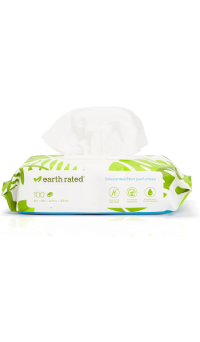 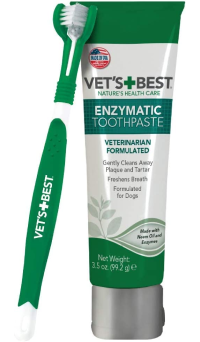 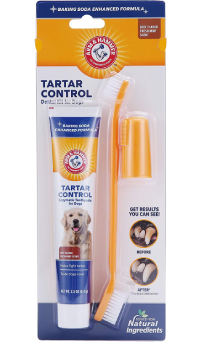 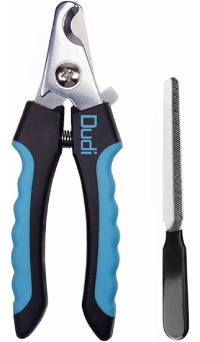 The Dogo Argentino is a healthy hound with few genetic problems. So, it is essential to maintain good health care and regular vet check-ups.

Juvenile Laryngeal Paralysis and Polyneuropathy (JLPP) is a congenital recessive condition that impacts Dogos starting at the age of three months. When enthusiastic or exercised, affected dogs have trouble breathing, and their bark may change.

Bloat: It takes time for the vet to realize how canines contract bloat. However, Dogos undergo massive pain because of bloating. Gas fills their tummy and applies coercion on the diaphragm, making breathing difficult.

Elbow dysplasia: When canines go lame later in life, elbow dysplasia is the most common reason. It’s a malformation of the elbow joint, driving it to deviate, resulting in pain, loss of motion, and, finally, lameness. This disorder most generally concerns large-breed dogs such as Dogo Argentinos.

Hip dysplasia: A hereditary condition in which the thigh bone fails to fit into the hip joint. One or both legs of your dog may become lame or ache. X-ray is the best way to analyze the situation. It is not advisable to breed dogs with hip dysplasia.

Hypothyroidism: A dog’s metabolism is slowed due to insufficient thyroid hormone production. Symptoms are:

Periodontal Disease: Bacteria that cause periodontitis can damage your dog’s mouth. Typically, this illness invades the mouth quietly, and you won’t notice any noticeable indications or symptoms until it has progressed. Gum disease, on the other hand, can cause persistent discomfort, gum erosion, and tooth and bone loss.

Dogo Argentino will require a protein-dense, low-carb, three cups of high-quality dog food. It is better to avoid serving only one meal daily, as this can boost their risk of undergoing bloat and volvulus. Large breed dogs with barrel chests are inclined to this deadly disorder.

Dogo Argentino can adapt well to apartment living; the only prerequisite is that you have to exercise them regularly and sufficiently. Also, they thrive in environments with plenty of space to roam and things to do, ideally a farm or ranch. If you can keep them physically active, mentally stimulated, well-trained, and socialized, they will thrive as house dogs. If left alone for too long, they can turn to undesirable demeanors to keep themselves entertained.

Adding a Dogo Argentino to Your Family

A Dogo Argentino’s cost ranges from $800 to $2000, not including miscellaneous expenses.

To buy a puppy online: 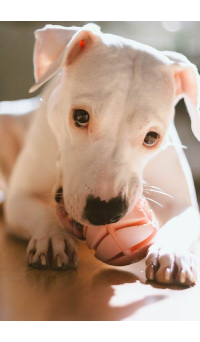