Dachshund Bulldog Mix, also known as Bulldach, is a hybrid between two purebred dogs: Dachshund and Bulldog. The Dachshund and Bulldog mix’s appearance and temperament are uncertain. They are often stockier and more laid-back than the Dachshunds, with a longer nose, back, and tail and possesses a little more energy than the Bulldogs. They get along well with humans of all ages. However, you must constantly monitor the relationships between pets and kids. They are generally friendly with other animals, although occasional dog-to-dog aggressiveness can occur, especially males. Some Bulldachs are susceptible to pursuing tiny or fast-moving animals due to their Dachshund lineage.

Dachshund was bred in Germany before the 15th century. They were powerful and persistent enough to hunt and kill troublesome animals like foxes and badgers. The English Bulldog is a little molosser dog, which means it has a large head, a short, muscular neck, and a robust and solid bone structure. They were created to aid butchers and farmers with guarding, baiting, and managing bulls. Therefore, qualities like persistence, aggressiveness, and strong wills were cultivated, making them excellent for dealing with bulls and fighting other dogs.

Dachshund vs. Bulldog: A Comparison

The demeanor, look, and overall body structure of the English Bulldog and the Dachshund are vastly different. As you find variances even within the same litter, there can be significant variations amongst this dog breed. They may inherit the English Bulldog’s giant skull, undershot jaw, and a small, coiled tail, or the Dachshund’s short and sturdy legs,  long tail, long head, and a long, tapering nose. In addition, Bulldachs can have brown almond-shaped eyes, dark noses, and high-set floppy ears.

Therefore, a Dachshund Bulldog generally may acquire a few physical traits or all physical traits from their parent breeds. Usually, the mixes have a single coat with short and smooth hair. However, we will also find a variety of long hair, wiry and double-coated Dachshund Bulldog mix. Their eye color is usually brown, and their snout is black. Their coat color ranges from brindle, isabella, fawn, black, cream, and brown.

Dachshund and Bulldog Mix will be a lovely and friendly dog. They’re kind, faithful, and sensitive. The disposition of your Bulldach is also difficult to anticipate. It can, however, acquire both its parents’ unfavorable and favorable characteristics. Bulldachs are bold dogs in general. They are incredibly self-reliant and have no qualms about doing anything they want.

Bulldachs are loving, people-oriented, and make excellent family pets. Despite their small size, they are incredibly protective their family and belongings. However, it would help if you exercised greater caution when using this feature. Separation anxiety can be caused by being too close to one’s family. In addition, this zeal for their goods might lead to irritability.

Both the purebred parents are tenacious dogs.   They’re self-sufficient and don’t like being told what to do. This is a characteristic that your Dachshund Bulldog mix puppy is likely to inherit. Bulldach might not be the best pick if you’re a first-time dog owner. Train yourself and be well-prepared in dog-training. These dogs also have a propensity for being aggressive. Early socialization and proper training will be beneficial. When they’re young, surround them with humans and other dogs.

A Dachshund Bulldog mix needs 30 minutes of walking daily. A 2-mile daily stroll is perfect for them to be active. They do not require heavy exercise, but they should not be without any activity as they are prone to obesity. Excessive exercise may also lead to joint issues. Therefore, you must balance their exercise needs.

Grooming a Dachshund Bulldog Mix should be pretty straightforward. Bathing is only necessary once or twice if your dog runs into something unpleasant. Weekly brushing with a slicker brush, bristle brush, and grooming glove is usually sufficient for eliminating dead and shedding hair and adequately dispersing the dog’s natural oils throughout the coat. If the mix has acquired the long, wiry hair of Dachshund, they may require extra grooming. To avoid mold formation and mildew in certain places, regularly wash away the face wrinkles, especially after eating. Clean their eyes and ears to avoid infections. Brush their teeth regularly to keep gum diseases, tartar build-up, and periodontal diseases at bay. Also, it would help if you clipped nails when they make ticking sounds while walking.

A small briefing to groom your Dachshund Bulldog mix:

Dachshund Bulldog mixes generally run low on health. As a result, they need proper checkups and routine follow-ups to keep them healthy. Here are the health issues they suffer from:

Your Dachshund Bulldog Mix will need high–value dog food with protein-rich components. The feeding pattern might vary from one dog to another depending upon their size, weight, sex, and medical issues. Therefore, consult with the vet to get a proper diet plan for your dog. Generally, a Dachshund Bulldog mix needs one cup of dog food divided into two meals each day. Also, provide your pet with clean and fresh water at regular intervals.

Since Bulldachs are versatile, calm, and compact, they are an attractive choice for families. They are apartment-friendly and need less outdoor exercise.  They will need a generous family who will care and love them equally without being harsh.

Things to Remember Before Adding Dachshund Bulldog Mix to Your Family

Always research the breed before getting one. Alongside, get details from which breeder to purchase the puppy and choose a reputable breeder to buy a Dachshund Bulldog mix puppy. Ensure they provide you with the vaccination certificate, gene testing certificate, and accurate information about the puppy and their parents.

Since the breed is rare, the majority will cost approximately $1200, and many may cost above $3000! 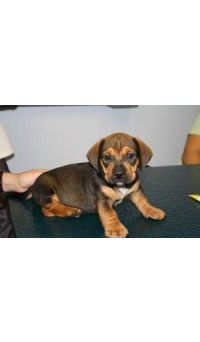 How to Potty Train a Dachshund puppy? The Easiest method Possible…

How to potty train an English bulldog? Easiest Training method…

Full Grooming of an English Bulldog | How to Groom a Bulldog

How to De-Shed a Dachshund