Bulldog Chihuahua Mix, also known as Bullhuahua, is a crossbreed between a Bulldog and a Chihuahua. You may have a Bullhuahua pet where the Chihuahua is crossed with one of the Bulldog types(English Bulldog, American Bulldog, or French Bulldog). Your puppy’s characteristics will vary based on the parent Bulldog breed. Still, whatever Bulldog your puppy takes after, you will be gifted with a loyal and affectionate companion. Bring all your energy together to spend quality time with this vibrant pet!

Bullhuahua is a unique hybrid. It is likely achieved by breeding the male Chihuahua with the female Bulldog via IVF. Breeders bred these cuties for companionship. So they began intentionally mixing the Bulldogs and Chihuahuas in the 2000s in North America.

It is believed that breeders wanted to minimize the Bulldog’s breathing issues while creating a compact cutie with a fun personality.

Bulldog vs. Chihuahua: A Comparison

Bulldog Chihuahua Mix is long-legged and taller than Chihuahuas. Still, these dogs are toy to small size, typically standing at 9-25 inches, weighing 20-60 pounds. Bullhuahuas are perky and cute. They are generally stocky with broad chests and muscular bodies on long legs.

Bullhuahua’s head is larger than their body in proportion, and they have short necks and arched, meaty paws with small, short, and curved tails. Bullhuahuas inherit traits from both their parents. Since there are several types of Bulldogs (French, American, and English), they could have many different combinations and looks. However, Bullhuahuas retain the Chihuahua-like facial features, including their signature perky ears, round apple-shaped heads, and thin lips. In addition, they generally have a short muzzle, broad, black nose, and a wide, robust jaw.

A French Bullhuahua is a mix of a French Bulldog and a Chihuahua. These furballs are comfortable with apartment living. Weighing 10-30 pounds and standing 6 to 12 inches, one cannot underestimate these dogs, for they defend their owners. They are quite playful, vocal, and yappy. They thrive on attention and tend to glue with precisely one family member. He will be overwhelmed if a pet parent spends a lot of time with him. They generally live for 10-15 years. They are also called Frencheenie, Mexican Frenchie, and Chibull.

The American Bullhuahua, also known as American Bulleenie, is a cross of an American Bulldog with a Chihuahua. Bred as companion dogs, these canines are energetic, friendly, with a combination of liveliness and bold nature of Chihuahuas. Due to their size variation, these crossbred dogs are multigenerational and are recognized by the DRA.

Appearance-wise they look like Chihuahuas, with big round eyes, round heads, and erect ears. They are lean, robustly built with a perfect blend of American Bulldog’s sturdiness and Chihuahua’s slim, slender build.

The English Bulldog Chihuahua is a crossbreed of English Bulldog with Chihuahua. He is pretty much the same size as his Chihuahua parent, obviously smaller than the American Bulldog variant. This breed will weigh anywhere between 3.5 to 55 pounds. Thanks to their brachycephalic face, and signature looks, you can quickly identify that one of his parents is an English Bulldog. You will have a loving, friendly companion for a lifetime with a dash of dominance coming your way from his Chihuahua genes.

Bulldog Chihuahua is a highly social dog who loves humans and enjoys nothing better than hanging with his human pack. While he can be fearless and outgoing, his Chihuahua parent instincts can result in him being cautious around strangers, so he is an excellent potential watchdog. Unfortunately, both Bulldogs and Chihuahuas can be aggressive towards other animals, so early socialization is necessary to ensure your pet knows how to play nice.

Bulldog Chihuahua brings the stubbornness of a Bulldog and the lively smarts of a Chihuahua to produce a dog that can be a handful to train. You will require patience while training this dog, and the earlier obedience and socialization training happens, the better is his behavior. Bull Chis tend to bark, protective of their owners. This makes them excellent guard dogs.

As with any dog, a Bullhuahua needs a consistent, rewards-based approach to earn the best results, and a professional trainer may be the best route for first-time dog owners who feel overwhelmed.

The Bulldog Chihuahua Mix does well with a moderate level of exercise – daily walks and active play for about 30 minutes should be sufficient to keep your dog mentally stimulated and relaxed while indoors. However, a bored dog can become mischievous because this breed doesn’t enjoy being left on his own. So always ensure your Bullhuahua has one-on-one playtime or puzzle toys to keep him busy.

Bulldog Chihuahua Mix has a short, soft, thin coat and is considered a moderate shedder. So weekly brushing and bathing should be sufficient to keep him looking his very best. Cleaning his ears, wiping his eyes, trimming nails and brushing his coat regularly keeps your pet healthy. Suppose your ChiBulls have wrinkled faces. In that case, clean the folds to avoid infections. In addition, brushing his teeth should be an essential part of his grooming regimen as these dogs may be prone to dental diseases.

A Bulldog Chihuahua Mix can live for about 10 to 15 years or even more if he is given a healthy diet and properly exercised. Being a hybrid, they are supposed to do well in health. However, like all dogs, Bullhuahuas are prone to specific health problems.

The list of diseases that a Bulldog Chihuahua Mix is prone to are:

Patellar Luxation: It is also known as “slipped stifles,” a common problem in small dog breeds that is caused when the patella, which has three parts-the femora (thigh bone), patella (knee cap), and tibia (calf) — is not correctly bounded. This leads to lameness in the leg or an abnormal gait, like a hop or a skip. This condition is caused by birth. In addition, the rubbing caused by patellar luxation leads to arthritis. There are four patellar luxation grades, ranging from phase I, an occasional luxation causing unstable lameness in the joint, to grade IV, where the turning of the tibia is heavy, and you cannot realign the patella manually. This gives your dog a bow-legged appearance. Uphill grades of patellar luxation may require surgery.

Pulmonic Stenosis: One of the most frequent inherited cardiac disorders in dogs is pulmonic stenosis. A distortion of the Pulmonic valve causes it and obstructs the blood flow from the heart to the lungs.

Hip Dysplasia: Hip dysplasia is a painful, life-threatening condition caused when the bones of the rear legs don’t fit properly in the joints. Hip dysplasia is primarily hereditary, but injuries, excessive weight gain, and wrong exercises can cause hip dysplasia. Some dogs might exhibit symptoms, while some might not. Treatment ranges from medication to replacement of the hip through surgeries. Avoid breeding Bulldog Chihuahua mixes with hip dysplasia parentage to prevent this condition. Regular checkups are suggested.

Intervertebral Disc Problems: Canines will experience a disc eruption caused by the lengthy body not providing adequate support to the spine. If the situation worsens, it might result in pain and paralysis.

While Bulldog Chihuahua Mix is not a super active dog, he can be prone to dental problems, so top-quality, grain-free kibble that meets his nutritional needs is essential for his diet. In addition, feeding should be 2 to 3 times per day versus free-feeding to help keep your dog away from obesity that can come with less active dogs. Offer healthy treats occasionally as a positive reinforcement and do not include them in your pet’s regular diet.

Bulldog Chihuahua Mix is a great apartment dog and suitable for couples or single-person families as long as they get enough human attention and have a place to walk or play outside, such as a backyard or fenced-in yard.

Adding a Bulldog Chihuahua Mix to Your Family

Things to Remember Before Breeding a Bulldog Chihuahua Mix

Crossing two pure breeds like Bulldog and Chihuahua can have a terrifying effect on the offspring. In addition, crossbreeding may pass on the parents’ health problems to their puppies. So, when crossing a Bulldog and a Chihuahua, check their parent’s lineage and health records from a responsible breeder to avoid ending up with a weak hybrid pet.

A Bulldog Chihuahua mix puppy may cost around $500 to $1500. This entirely depends on the sex of the puppy you chose, the breeder’s location, and the show record of the parent dogs. 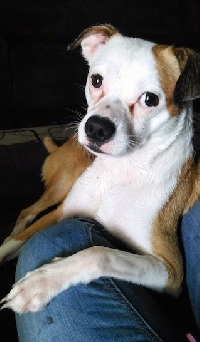