Bichon Poodle mix, also known as Poochon or Bichonapoo, is a cross of two purebreds: Bichon and Toy Poodle. Poochon is a friendly house pet and lapdog with an average energy level, inheriting admirable characteristics from their parent breeds.

Poodles come in three different types: Toy/ Teacup, Standard, and Miniature. Bichon crossed with Toy Poodle is the most common Poochon dog. The main goal when breeding Poochon puppies was to keep the desirable traits but to get rid of any health issues that the parents faced. Unfortunately, as this is not a purebred dog, it is always challenging to predict the exact traits of the Bichon Poodle. Male Poochon tends to be stockier and aggressive, while females have smaller builds and are more loving and nurturing.

Poochons are sweet, friendly, loyal, and eager to please lapdogs, making them easy to train. They look like fluffy teddy bears on four legs with black button noses, big smiles, and endearingly curly hair. These intelligent puppies can quickly pick up commands, but they are also known for their innate stubborn streak. Thus, it is necessary to socialize them from a very early age. However, they are adaptable, making them suited for city dwellers. In addition, they can quickly get along with kids, pets, and other humans.

Poochon is a small-sized hypoallergenic dog that may inherit the short coat of a Bichon or Poodle’s long coat. Therefore, they do not shed much as they are hypoallergenic dogs. However, their coat must be kept groomed to get rid of mat and tangle. Neither of their parents has a strong wanderlust or high prey drive. In addition, Poochon will not tolerate being alone for long periods, and they can’t endure extreme cold and hot climates.

Poodle vs. Bichon Frise: A Comparison

Poochon’s appearance relies on the dominant parent gene. Also, Poodles have more possible color varieties than Bichon’s coat. So, let’s look at the traits and color varieties each breed has:

Poochon is an intelligent, energetic hybrid, and their personality is a mix of Bichon Frise and Poodle, while one of the parent breeds’ traits can be overpowering. However, they will quickly get along well with your family and be ideal companion dogs. In addition, their compatibility with children and other dogs is high. This quality contributes to making them perfect mates, even for kids. Still, adult supervision is required until they are appropriately trained.

Bichon Poodle is known for the following temperaments:

The cuddly, loving, playful, cheerful, intelligent, and charismatic traits of the Bichon Frise and the Poodle have been inherited by Poochons. The even-tempered, laid back personality of the Poochons makes them delightfully adaptable to all living types.

Poochons are small, homely companions who prefer to be around their human families. They can quickly learn commands and tricks and are eager to please their human family. They are considered highly brilliant, and proper mental stimulation is essential. This keeps them engaged and lowers the risk of participating in destructive behavior. Also, they may be slightly wary of outsiders and will bark to warn you.

Poochons are amiable dogs who can take obedience training to a high level. However, they can become detrimental, aggressive, and hard to manage without this training. They react well to positive reinforcement training such as pats with praise, playtime, and treats. 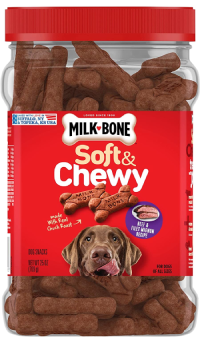 These intelligent hybrids can be easily trained; however, they might be very determined. So, early socialization and proper training are necessary for the Bichon Poodle mix. Small agility techniques can be an entertaining way for you to connect with your puppy and exercise their mind.

Here are some training exercises that you need to do with your Poochon:

Poochons are small breeds that shouldn’t be overexercised. They require proper mental and physical stimulations to avoid obesity-induced health problems. They enjoy practicing with their owners even though their energy level is not too high. However, you must ensure that they get 30-45 minutes of activities daily, including: 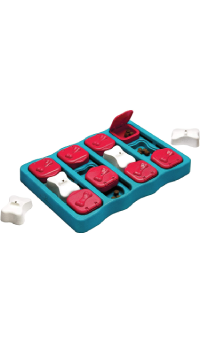 Poochons can have Bichon’s slightly longer and coarser coats or soft, mid-length, curly coats inherited from the Poodle. Unfortunately, they are high-maintenance hybrids. Without the appropriate attention of a professional groomer, your Poochon will likely develop mats or clumps of fur; this will pull on their skin and can be pretty painful. So, Poochons require regular shampooing, brushing, and grooming to stay neat and maintain their fur-free from disastrous matting. Keeping them well-groomed and clean is the most significant and intensive part of their grooming care. 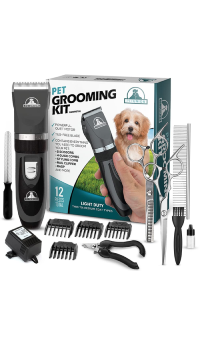 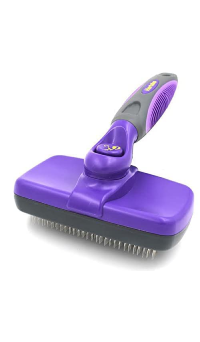 The Ultimate Dog Brush for Shedding Hair
Buy at Amazon 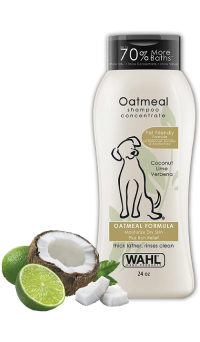 Poochon’s grooming essentials are as follows:

Poochons are healthy hybrids if you take proper care of them. But they can be prone to some of the same health disorders that their parent breeds face. So, it’s necessary to schedule regular health check-ups and visits to the vet.

Bladder stones: When specific minerals build up within your Poochon’s bladder, urinary stones occur because of having weak urinary tracts. You can cure this with the proper diet.

Cushing’s Disease: A disorder occurring due to excessive hormone cortisol production. Depending upon its severity, your dog may require medications or surgical intervention.

Addison’s Disease: A disorder occurs when the adrenal glands secrete insufficient hormones, posing an extreme threat to a canine’s survival.

With the beginning of more extreme symptoms, performing a sequence of tests helps diagnose this condition.

Bloat: A condition occurs when your Poochon’s abdomen is filled with gas, liquid, or food. In that case, the gut can enlarge too much that it may trigger pressure on the organs around it—cutting off the blood supply.

Hip dysplasia: A genetic disorder familiar to many canines in general. In various cases, obesity, improper nutrition, and diet can also contribute to hip dysplasia resulting in the hip joints slowly worsening and resulting in skeletal malformation.

Progressive Retinal Atrophy – An inherited disorder of the retina that fails to reflect, absorb, and perceive light and results in blindness.

Patellar luxation: Wobbly kneecaps or PL is common in many small-sized canines. It occurs when the kneecap’s anatomy allows it to slip to one side as the affected puppy steps out, generating a familiar skipping gait on the back leg.

Cataracts: An affected eye will look clouded because of the formation of a white film-like layer over the eye lens. This condition should not be left untreated as it can lead to permanent blindness.

Hypothyroidism: Poochon’s parents are prone to underactive thyroid glands. The thyroid hormone controls how rapidly the canine ignites calories, and when this hormone’s levels are too low, they lack energy, are sluggish, and gain weight quickly.

Von Willebrand’s Disease: A blood condition in canines that involves a lack of Von Willebrand Factor, or VWF, which allows the platelets to heal wounds. A lack of VWF may result in extreme bleeding in the urine, gums, nose, and prolonged bleeding from injuries or damages.

Sebaceous adenitis: Sebaceous adenitis is the most prevalent among toy Poodles. It is a genetic disorder characterized by inflammation and gradual destruction of the skin’s sebaceous glands. The absence of this gland shows symptoms in canines aged 1 to 5 years, such as:

Severely affected dogs can have

Poochon needs a nutritious, protein-dense, small-sized dry food in moderation as per their regular diet; else, they manage to put on weight quickly. You can provide them with 1½ cups of food daily (depending on their weight and activity level), around 500 calories; split their meals into 2-3 courses a day accordingly. Ensure that their food has sufficient vitamins, omega fatty acids, minerals, glucosamine, and chondroitin for a well-balanced diet.

Here are some food products for small breeds like Bichon Poodle: 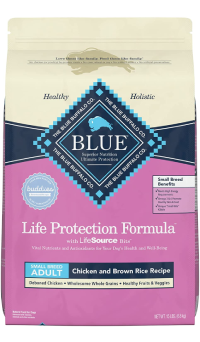 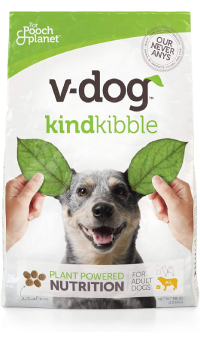 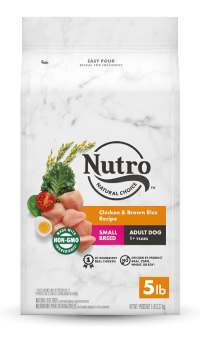 Poochons are adaptable and can thrive in any living environment. However, they crave human companionship who can admire and satisfy the needs of these loyal, affectionate designer breeds. Poochons may locate an undesirable outlet to keep themselves entertained when bored or lonely, such as nibbling or barking. Hence, they should not be left alone for extended periods, mostly without toys to keep them engaged. 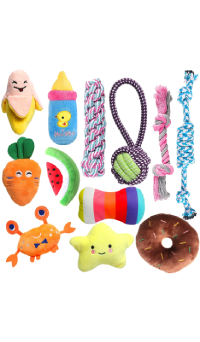 Things to remember before adding Bichon Poodle Mix to your family

Before getting a Bichon Poodle mix, you must consider the budget and expenses after paying for its ownership. More than one thousand dollars is needed to purchase the pup and provide it with vaccinations and medicines. To guarantee your puppy’s quality, you should consider reputable dog breeders because the puppy’s parents are healthy with offspring who are less likely to inherit “bad” or unhealthful genes. Always ensure that breeders are willing to let you meet both the Bichon and the Poodle parent and have all required medical documents to examine the parents’ health conditions.

A Bichon Poodle mix puppy would cost $600 to $1000, not including miscellaneous costs. In some cases, depending on the breeder, the cost may rise over $1000. 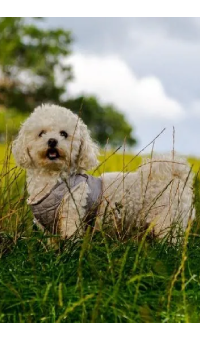